News channel focused on biological solutions for the most important challenges in honey bee health.

As always, I wish all the readers the best health!

Inevitably, summer weather and busy time in the bee yard delays surveying the scientific literature. It doesn’t help that most conferences and beekeeper meetings are cancelled or postponed… Good that there is a ton of excellent online educational seminars and meetings! Head over to the Bee Informed Partnership Webinar Series. Tune in to Beekeeping Today or the University of Florida podcast. The latest episode question was “Are there any essential oils that attract small hive beetle?” EAS conference published a short newsletter “Not the daily waggle” with some good jokes. 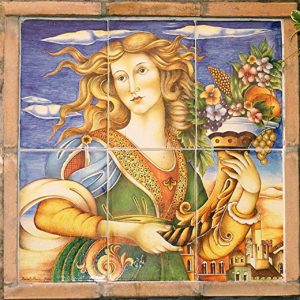 Jessica Kevill and coauthors of The Pathogen Profile of a Honey Bee Queen Does Not Reflect That of Her Workers asked the question: Do worker bees transmit infection to the queens during feeding or tending? Working on the Lake Sinai Virus (LSV) , they report that the answer is NO, they don’t.

Propolis is remarkable for its antibacterial activity, for example against AFB causing pathogen Paenibacillus larvae. Hollie Dalenberg from the Spivak lab and coauthors report that propolis promotes beneficial bacteria Bombella apis in the honey bee mouthparts. The honey bee mouthparts form the interface between the gut microbiome and various hive microbiome niches, such as comb and pollen, and are used for feeding and oral trophallaxis. The honey bee mouthparts have few bacteria compared to the gut or bee bread, and these bacteria are exposed to propolis during resin collection and application. Authors hypothesized that pathogenic and opportunistic bacteria would be reduced on the mouthparts of worker bees exposed to propolis. Statistical comparison of 92 nurse bees from three colonies with propolis-coated boxes, compared to three colonies without a propolis envelope, the mouthpart microbiomes significantly differed between the treatments. The analysis show that microbiome of mouthparts of bees from colonies exposed to propolis had Bombella apis (formerly known as Acetobacteraceae Alpha2.2 and Parasaccharibacter apium) increased in abundance and dominated the mouth part microbiome, along with Lactobacillus kunkeei, Fructobacillus fructosus. These bacteria can confer benefits to the honey bee larvae. Exposure to propolis decreased potentially pathogenic bacteria Pseudomonas and Serratia.

Clare Rittschof and colleagues continue to examine aggressiveness in the honey bee Apis mellifera. Just like chocolate helps college students cram for an exam, bees consume a lot of energy learning tasks, such as the response to an intruder or alarm pheromone. This energy is produced by cell organelles called mitochondria in the brain. Mitochondria are parts of animal cells tracing their origin back to the ancient bacterial symbionts. Mitochondrial activity and energy metabolism in honeybee brains increase with age. Results of the study support the hypothesis that brain mitochondrial respiration response to alarm pheromone is activity‐dependent.